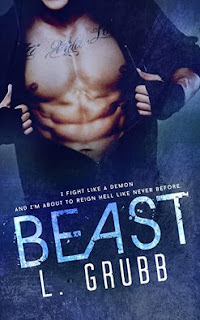 Synopsis:
I’m a man no one fucks with.
I’m a man all the bitches want.
I’m also the world champion of MMA…Mafia style.
I don’t get my name from winning, I get my name for my size. I am a BEAST, I’m also the one your father’s warn you little girls about.


Beast has had his life set for him for an early age, he was pushed into training to fight the world’s best. His father had his eyes on the dollar signs while he forced his son into the brutal world of MMA. He was trained hard, and he became the best. But the bosses have changed the rules and the rules are about to fuck him over. He will bring hell down onto the MMA circuit and he will become top man. But will he gain the power he deserves? Or is everything he’s worked so hard for been for nothing?

Carlotta is a fierce woman whose life hasn’t been quite straight cut. But she leads her path in the right direction, sort of. When the opportunity arises to make extra money to fund her passion, she takes it.
She trains. She fights. She wins.
Meeting Beast was an unpleasant experience, and her dislike for his egocentric and arrogant behaviour rubs her the wrong way, but her curiosity is piqued and she can’t remove him from her mind. Will their one night of passion lead to anything? Or will being in the MMA lifestyle tear them apart before they get started?

Who will win the ultimate battle of hatred and anger? Will they fight for their passion or will it come crumbling down around them with severe consequences? 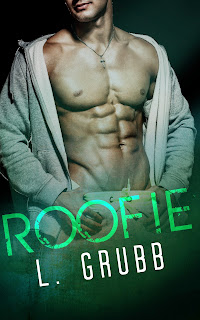 Synopsis:
Roofie
I have one rule: Never date a female fighter. They’re catty, bitchy and most probably swing the other way. But there’s just one woman that has me in a tail spin. Funny, headstrong, witty and hot as f***.
Have you ever wanted a girl that’s unlike others? Who is so unreachable that your guts ache? I have. I do. A few months ago, I screwed up good and proper with the one girl that makes my heart stutter. The one girl who has my head spinning out of control. My thoughts revolve around her yet I continue to screw up instead of approaching her.
Relationships are alien to me, I have no idea how to make one work. I have baggage that Gemma should never have to witness. Being friends is out of the question when it comes to her. My heart beats for her and she doesn’t even know it. But will my family ever leave me in peace to find love? Or will they shoot it down before I even get the chance? Will they stop me seeing the one girl who gives me butterflies?

If I want something. I’ll get it. My family can go you screw themselves. But that’s easier said than done.

** WARNING **
Contains scenes not suitable for under 18's 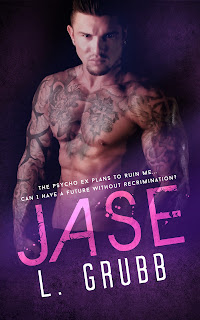 Synopsis:
The gym, the firehouse, home, the bar… that’s my life. I live life in the fast lane, never slowing down. Lately, with my boys finding love, I’ve found myself being the fifth wheel. My mood soured and my thoughts kept drifting to finding someone for myself. Strange, I know. I like to test drive but I’ve found no one worthy of me. I won’t settle for anything less than perfect, no fake bitches for me. I want someone who’ll challenge me, to put me in my place.

Frankie. The one girl that’s captured my attention for more than ten minutes, someone who cursed at me for staring at her tits. I have to say, that’s never happened before. She’s the kind of woman who knows what she wants in life, she’s successful and astoundingly pretty, yet she doesn’t believe it herself. Is she the one to change my womanising ways? Will she be the one to warm my bed longer than one night?

Everything was pretty fucking dandy until Jennifer, my psycho ex, text me with a secret that could change my life. I don’t know what to believe and my head is completely fucked up. What do I do? Will this break me and Frankie before anything has even begun? I’m begging, praying, for this shit to end quickly so I can move on. I hope to fucking God Jen was lying, but is she? Or for once in her life is she telling the truth? 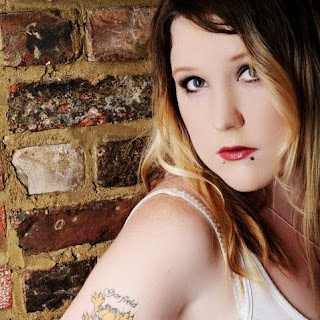 Lucii is your typical British girl, hates the sun and hibernates when summer arrives! She lives at home with her 3 year old daughter, where they spend the day watching Frozen and playing playdoh.

She started off as a regular person, job, home life, health issues and a love of reading. After reading the Fifty shade phenomenon, she went onto social media to seek other authors writing the same or similar genres. She entered a world she didn’t know existed and went on to open a successful blog.

Inspiring dreams took a back burner while she learned the book community and met a bunch of amazing authors and readers alike.

A year later she decided to start writing, hoping against hope that her friends and fellow readers will like what she brings to the table.