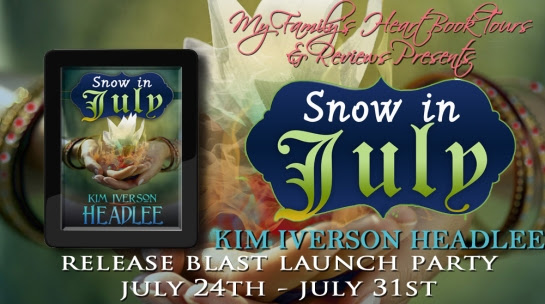 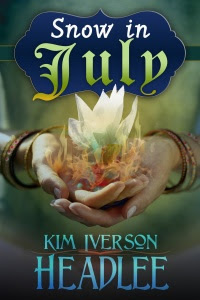 Sir Robert Alain de Bellencombre has been granted what every man wants: a rich English estate in exchange for his valiant service at the Battle of Hastings. To claim this reward, the Norman knight must wed the estate's Saxon heiress. Most men would leap at such an opportunity, but for Alain, who broke his vow to his dying mother by failing to protect his youngest brother in battle, it means facing more easily broken vows. But when rumors of rampant thievery, dangerous beasts, and sorcery plaguing a neighboring estate reach his ears, nothing will make him shirk duty to king and country when people's lives stand at risk. He assumes the guise of a squire to scout the land, its problems, and its lady.

Lady Kendra of Edgarburh has been granted what no woman wants: a forced marriage to an enemy who may be kith or kin to the man who murdered her beloved brother. Compounding her anguish is her failure to awaken the miraculous healing gift bequeathed by their late mother in time to save his life. Although with his dying breath, he made her promise to seek happiness above all, Kendra vows that she shall find neither comfort nor love in the arms of a Norman…unless it snows in July.

Alain is smitten by Lady Kendra from the first moment of their meeting; Kendra feels the forbidden allure of the handsome and courtly Norman "squire." But a growing evil overshadows everyone, invoking dark forces and ensnaring Kendra in a plot to overthrow the king Alain is oath-bound to serve. Kendra and Alain face a battle unlike any other as their honor, their love, their lives, and even their very souls lie in the balance. 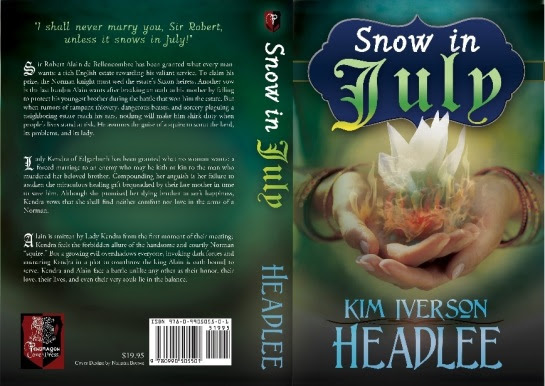 FIFTEEN THOUSAND MEN and horses writhed across the valley below, appearing as toys in a children’s game.

Many might consider war a game, but Sir Robert Alain de Bellencombre, knight of Normandy bound to the service of Duke William and commander of a unit in the cavalry reserves, did not number among their ranks.

Edward the Confessor, King of England via his Saxon father but Norman by his mother, was dead. This battle, raging near the coastal hamlet called Hastings, would decide the right of one man to wear the English crown: William the Norman, acknowledged by Pope Alexander to be Edward’s lawful successor; or Harold the Saxon, brother of Edward’s wife, the man alleged to be Edward’s deathbed choice.

Stroking his war horse’s glossy charcoal neck to calm her, Alain pondered Harold’s claim. It had to be true. This many men would not sacrifice their lives for a lie. Yet the vast majority of Harold’s supporters were Saxons harboring no wish to bear the Norman yoke. Perhaps such men might be desperate enough to fight for a lie that promised to restore Saxon rule.

A trumpet blared. He signaled his men forward, couched his lance, and spurred Chou to send her careening into the melee.

Harold’s shield wall, which had seemed impregnable, began to crumble under the onslaught of Alain’s unit, hastened by the desertion of men who no doubt decided they weren’t quite so willing to die. Their lord stood exposed just long enough for a Norman archer to sight his mark. Harold fell, screaming and clutching an arrow that protruded from one eye.

Harold’s supporters closed ranks around him, blocking Alain’s view and giving him more than enough to do as the Saxons redoubled their efforts to guard their lord’s body.

A familiar whirl of colors caught Alain’s attention. The saffron leopard prowling on a green field—Étienne! A Saxon knight, with a blue arm and fist blazing defiance across his gray shield, bore down upon Étienne with leveled lance. Étienne tumbled from his horse. He scrambled to his feet and retrieved his sword, putting it to good use on the Saxons surrounding him, although the knight who’d unhorsed him had already ridden in search of other targets.

Lance long since discarded and sword now rising and falling with fatal precision, Alain surged to reach his brother’s side. Protection of her youngest son had been their dying mother’s wish, and he had sworn on his own life to keep Étienne safe.

Before he could close the distance, another Saxon knight fought past Étienne’s guard to thrust a war-knife into his throat. Through the visor the knight’s eyes gleamed with startling, fathomless malice. Alain could only watch in stunned disbelief as he laid his hand upon Étienne’s chest for a few moments. Uttering a soul-freezing howl, the Saxon yanked out his seax and disappeared into the press with Étienne’s shield, denying Alain vengeance.

He had failed the two he loved most; failed them so utterly that he could never beg their forgiveness in this lifetime.

Pain slammed into his shoulder, toppling him from the saddle. Étienne’s body broke his fall. He tried to roll clear, but a spear through his chest pinned him to Étienne. His gut convulsed, and bile burned his throat. Blinding agony killed his struggle to free himself. Death’s stench invaded his nostrils.

He closed his eyes and waited for his final journey to begin.


First off let me say that I'm not really a big fan of historical stories but this book made me think a little different from how I thought and felt about historical books. It started slow to me but as I kept reading I realized that this was a wonderfully written story. I loved the characters and the story line and how things fell into place like that is the way that it should have always been. I loved Lady Kendra because she was a fighter all the way trough and I couldn't help but love Alain. Once I really gave in I finished this book in one setting because I wanted to see what was going to happen next.

Kim Headlee lives on a farm in southwestern Virginia with her family, cats, goats, and assorted wildlife. People & creatures come and go, but the cave and the 250-year-old house ruins -- the latter having been occupied as recently as the mid-20th century -- seem to be sticking around for a while yet.

Kim is a Seattle native (when she used to live in the Metro DC area, she loved telling people she was from "the other Washington") and a direct descendent of 20th-century Russian nobility. Her grandmother was a childhood friend of the doomed Grand Duchess Anastasia, and the romantic yet tragic story of how Lydia escaped Communist Russia with the aid of her American husband will most certainly one day fuel one of Kim's novels. Another novel in the queue will involve her husband's ancestor, the 7th-century proto-Viking king of the Swedish colony in Russia.

For the time being, however, Kim has plenty of work to do in creating her projected 8-book Arthurian series, The Dragon's Dove Chronicles, and other novels under her new imprint, Pendragon Cove Press. She also writes romantic historical fiction under the pseudonym "Kimberly Iverson."

• Ebook copies of Snow in July

• 10 Autographed copies (US residents only) of the print edition