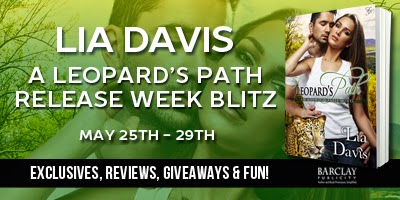 Celebrate all spring has to offer with the sexy shifters of Ashwood Falls in A Leopard’s Path by Lia Davis!

Return to Ashwood Falls with A LEOPARD’S PATH by fan favorite and bestselling author, Lia Davis. Spring has finally arrived and is here to stay, so the sexy shifters are out in full force in Ashwood Falls. But, there’s some discord and tension. Can Kieran and  Ana work through their trust issues to find love or will it all fall apart? 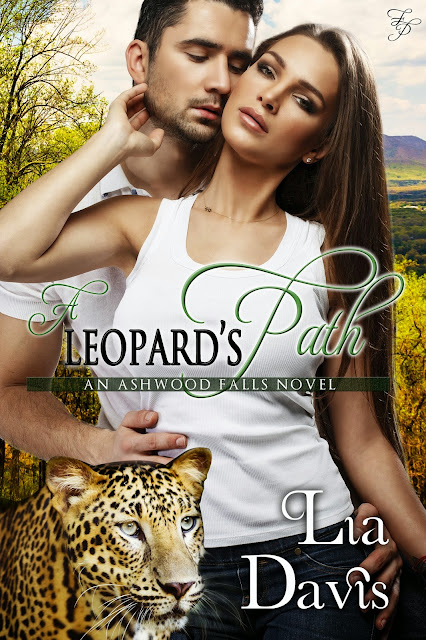 Synoposis: Stolen from her family as an infant, Ana Darwin-Andrews has to piece together her past and present. Her whole life is a lie. There’s only one man she feels she can trust, but even he has secrets.

Kieran Michaels keeps a tight lid on his past, but the Onyx Alpha knows his darkest secrets. Kieran will stop at nothing to destroy the rogue before the past is reveled. Ana can never discover his hands are as bloodstained as their enemy’s, because life without her is not an option.

Other books in the Ashwood Falls series: A Tiger’s Claim | A Mating Dance | Surrending to the Alpha | Divided Loyalties

Her whole life was a lie.


Well, not her life exactly. Her biological father wasn’t the one she’d grown up knowing. Keegan Andrews wasn’t anything like the man who raised her. The monster, Felix, who’d stolen her from her true family and taught her to believe the Ashwood Falls Pack—the one she should have grown up in—was the enemy. The only thing Felix didn’t lie about was the fact that her mother was dead. He’d just left out the part where he was the one who killed her and stole Ana from her womb.
Ana clenched her teeth and gripped her coffee mug a little tighter. Life since coming to Ashwood and meeting her real family had been…nice. And challenging. Some of the younger Pack members still stared at her like they were waiting for her to turn on everyone. She couldn’t blame them really.
Releasing a sigh, Ana fingered the rose-shaped locket she’d worn for as long as she could remember. When she’d met Keegan in the summer, he’d told her it had belonged to her mother, Cate. It was she who’d picked the name Zorana. While Ana loved the name, she had always felt it a bit too exotic for her.
You can’t dwell on the past forever.
Ana forced her muscles to relax and leaned against the doorframe of the MoonRiver house she was temporarily staying in with Blaine—her brother and leopard Alpha of Ashwood Falls—and his two mates. She sipped her coffee as snow flurries drifted from the sky. The crisp early winter air soothed her cat, even while it tantalized the woman. She loved winter, loved the cold and snow. However, the sight in front of her was far from the magickal image she’d expect from the first snowfall.
MoonRiver used to be the wolves’ den before they merged their Pack with Ashwood. Now, Ana saw the full impact of the war that had pushed Luna to merge her wolves with the leopards over thirty years ago. Few homes still stood, and those that did were not unscathed. Others were either completely destroyed or just plain uninhabitable. The sight made the attack on Ashwood a few months ago appear like a training exercise in comparison.
Shame, pain, and outright rage whirled inside Ana like a cyclone. She had once called the monster responsible for all this Father. Not anymore. The dark veil had been lifted, and now she saw the truth.
Felix Darwin would pay for every life he’d destroyed.
And she was going to help make it happen. 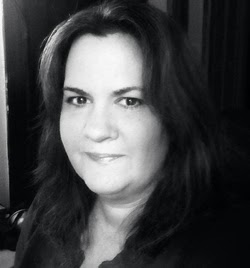 About Lia Davis
Lia Davis is a mother to two young adults and three equally special kitties, a wife to her soul mate, and a lover of romance. She and her family live in Northeast Florida battling hurricanes and very humid summers. But it’s her home and she loves it!

An accounting major, Lia has always been a dreamer with a very active imagination. The wheels in her head never stop. She ventured into the world of writing and publishing in 2008 and loves it more than she imagined. Writing is stress reliever that allows her to go off in her corner of the house and enter into another world that she created, leaving real life where it belongs.
Her favorite things are spending time with family, traveling, reading, writing, chocolate, coffee, nature and hanging out with her kitties.